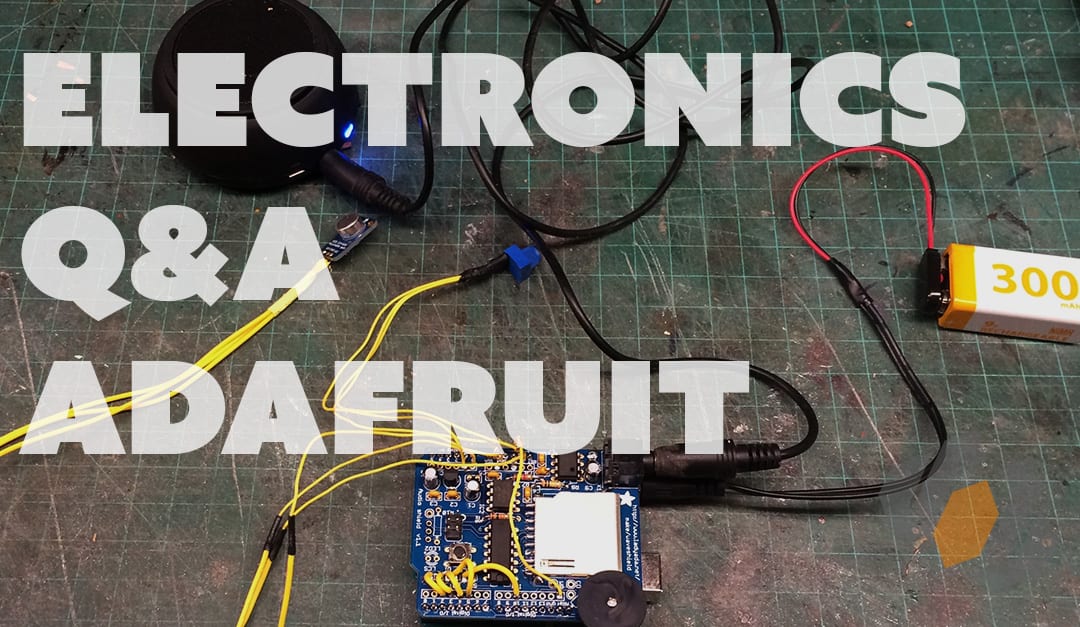 Bill is joined by the fine folks at Adafruit! Noe and Pedro are stocked with valuable information about how to add electronics to costumes and props. Adafruit’s website has tons of tutorials ranging from beginner electronics to advanced Arduino projects–make sure to check them out!

Questions from the Show:

Mark
Which controller do I have to use when lights and sounds are installed?

Jerome
Hi Adafruit folks! What are some good methods for figuring out power draw for costumes? Say you have several servos plus a FX soundboard and multiple LEDs. It’s tough because a servo could draw anywhere from say one to four amps depending on load. Trying to calculate battery life is difficult. Maybe use a Mooshimeter or just estimate by worst case scenario?

Fearless Facade
As a complete beginner in the world of electronics, do you guys sell beginner packs of components or have any suggestions on a good starting point when first using your products? LED’s would be an area of interest for me.

Air Bubbles Cosplay
I’ve recently been learning and getting into making my own circuits. I’ve been interested in trying out neopixels, such as the rings and strips, but don’t know where to start. How would one know what is best to use? Single LED’s or the neopixel rings/strips? Thank you! You Rock!

RocketmanProps
What sorts of things should be kept in mind when working with large amounts of EL Tape? I have 5 meters of 2″ tape in the mail and hope I bought all the appropriate parts to make them work.

Utterotter
Doing a LOL cosplay with a head jewel and wrist jewels. I want them to light up blue but I also want them to last the whole day. Suggestions
on LEDS, batteries, etc. These lights will not be connected to each other. But it would be cool if they could pulse.

PinkStar
I have the rgbw neopixel strips can I still use the rgb neopixel library? Wanting to get a blue white Crossfade but not sure how to go about it bring a first timer

Kat Valkyrie
Hey there! In the last few years I’ve used probably 10 or 12 metres of Neopixels and Neopixel rings as well as a steadily growing pile of Pro Trinkets for a ton of cosplay and prop projects and your product has been amazing, so thank you! I’ve been looking into Bluetooth enabled lighting effects, and the Bluefruit enabled Feather. I know that you can control the Neopixel color via a color wheel on the app you’ve provided; is there a way to be able to switch between coded state based programs easily in the app or is that something I’d have to make my own app for? (For example, If I had a mode that pulses various colors, and want to switch to another mode that does something else). Right now I do this with a tactile button, but my phone is often easier to reach than a button in an awkward spot on a costume or prop.